I was so nervous on what to do for my project, My teacher recommended the ‘GLBT Historical Society Museum’ . I decided to take my little sibling along and left mid afternoon on our journey to the famous Castro District. We got street parking right in front of the beautiful Castro Theater. The weather was perfect in San Francisco, It was about 75 degrees! We planned to first go to the museum and then explore the street afterwards! Luckily the museum fee is super cheap! Even cheaper if your a student!! 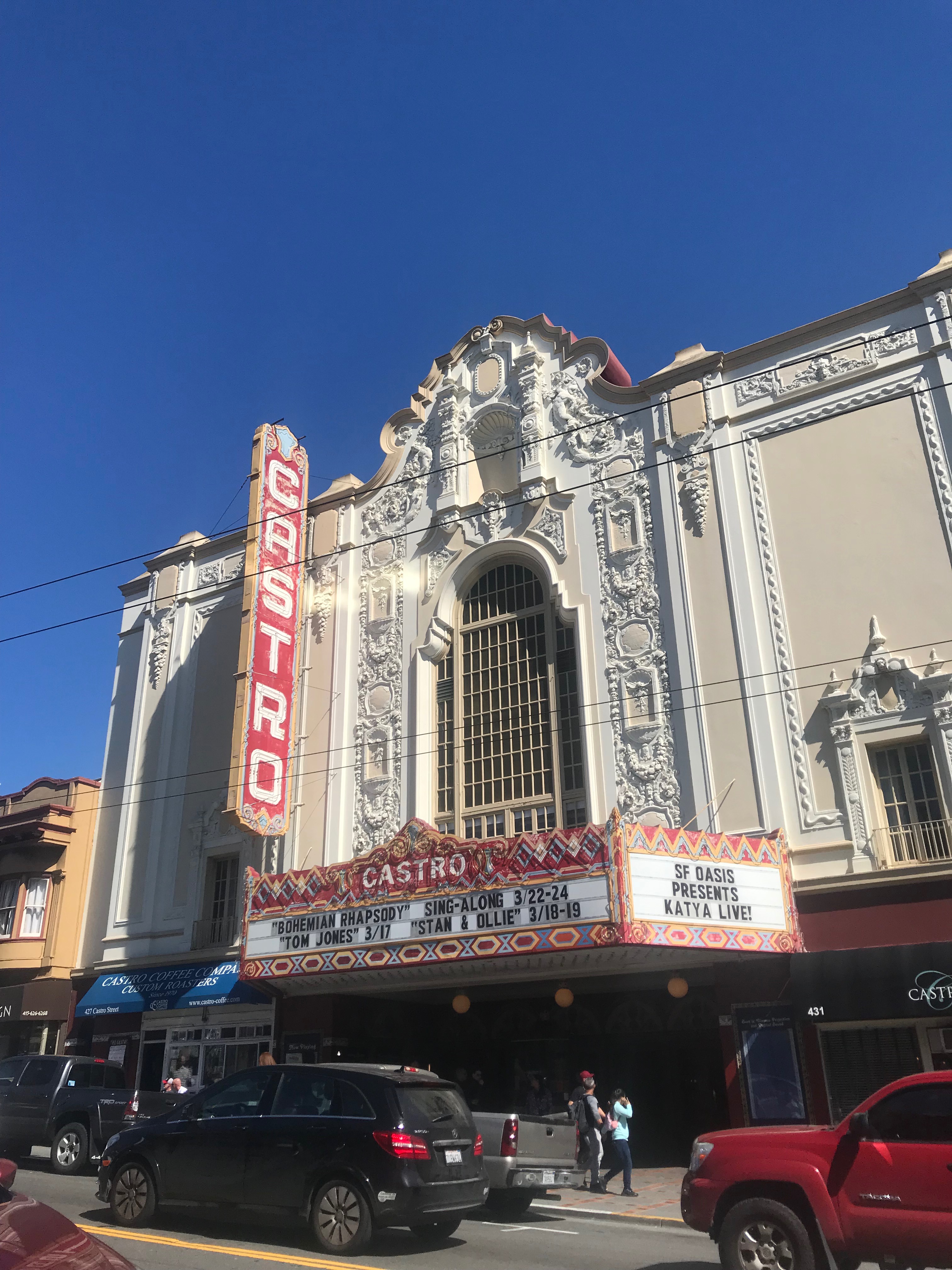 Overall, The museum is tiny but it has a powerful meaning. As you walk in you see statues, and real artifacts, and also live videos. You experience so much meaning and understanding for LGBTQ community. I liked the idea of a smaller museum because it was not to intimidating. The great part was that their was not many people in the museum so I did not feel rushed at all. I went back a couple time to the same spot just to understand it better in a deeper meaning.

As you can see in the photo to the right, Many documents are set out to read upon the real artifacts. Being able to see history in front of you, really does help put more ideas into perspective. It may be frightening at first; seeing all stories but don’t worry, they have videos to watch as well as listening tapes. Most of the clothing they have were their during those times, imagine famous people wore these clothes. Such a great impact on the world that people have shirts or hats in boxes for people to go see is so powerful to me.

The meaning behind this museum is to educate the people about what the LGBTQ community went through. I almost wanted to start crying because some of these stories I read were unbearable. The treatment to any gay or lesbian person was morally a wrong doing for us. As my sister still tries to figure out who she is, I do not want her to endure any kind of discrimination due to the fact that she is apart of the LGBTQ community. I was excited to have my sister along this journey with me for us to learn about our humans history.

After spending about an hour or so at the museum, we finally began exploring the Castro District. There was so many shops open and a lot of bars as well. Many of the shops did have some items that i have never seen before in real life and so as my younger sister. The whole street was so friendly to us, everyone was complimenting us; overall a great vibe from the people. Such a beautiful street to walk down as well, its beautifully decorated street grounds, and its beautiful lights, also their beautiful LGBTQ flags.

Overall I learned so much more meaning to the LGBTQ community. The biggest lesson I learned was to ‘Never Give up’; being able to remember who you are as a person and live up to your own potential. Another great tip I learned was to really take your time to read about something historical, remember the past. I am wanting to plan another trip out here and be able to explore even more. This museum gave me more insight on certain eras of history, I was able to read about the AIDS epidemic in the 80’s while also reading about Harvey Milk.